Bertha: There was a big French ship that lay opposite our house for a few days. We heard a whisper that it was a big mine-layer.

And that was the day that my mother had had to go out, my father was away, and I happened to be at home, likely at the weekend, and I was baking. Busy baking scones for the people coming in at night. And then the shooting started. They put the sirens off on the ships to warn us. And so, after our window had fallen in the first time, I said to my parents, the best thing to do is get 3-ply covers to put over the windows with snibs on them. And when a raid comes, we’ll just push them up against the window and if the window breaks, it can’t come in.

So that day I was baking and I put up the shutters for the windows. Then there were snibs to hold it up. So it was very handy – you could carry on with your work in the house with lamp light while the raids were on. But this particular day, I had a batch of scones in the oven and I took them out. There were a lot of small boats on the voe, you know the ships had boats, and the men came ashore at the pier and I could hear the yells of them and they were so upset trying to get back to the ship.

Anyway, I had to hurry up with my baking and there was a quiet knock at the door. I went and it was 2 sailors. All the shooting was going on and I said to them, “You had better come inside.”

So they came in and sat down and I said, “Would you like a cup of tea or anything?” Oh no, had I any milk? So I gave them a big glass of cow’s milk each and some scones with butter and they ate them and then they said could they buy some scones to take with them? And I said, “Oh they’re not for sale but I’ll give you scones with you.”

So I took the batch of scones, divided it into two and popped it into bags. You don’t want money? And I said, “No, I don’t want anything,” but they insisted. “Well,” I said, “if you give me sixpence a bag that will be all right,” to please them. So they went and in went another batch of scones. And to my utter horror, I got quite a few sailors coming asking – please, could I have some scones? (laughs) Well, I never forgot that! A busy day baking!

Charlotte: Were they beremeal scones?

Bertha: They were just a plain ordinary scone, little round ones.

Charlotte: Were you growing wheat as well as barley?

Bertha: No, we grew corn, just ordinary corn you know. And rye grass and turnips and cabbages - suff to feed the animals. But we got flour and oatmeal from the shops.

Charlotte: Where was the nearest mill?

Bertha: There were no mills in Shetland, all our flour came from south with the groceries.

Charlotte: There were water mills, weren’t there?

Bertha: They used to be in the olden days. We had one down the bottom of our park, it was just the ruins of it, but that was long before my time.

Charlotte: So you bought it from the shop?

Bertha: We always did, just normally same as you do in a town. You got your rations from the shop. At the far end, past our house. The Mowat’s had the shop and the post office and there was the signal box at that time with the men in it.

I’m just trying to think if there was anything else exciting. The men used to come ashore and have paper chases.

Bertha: Somebody must have put a trail of paper, to give them exercise, you know how they do in schools. The took the chance while they could.The ships weren’t staying all the time, they were coming and going and they went in to the tankers and re-fuelled. That’s what the tankers were for.

During that time they had run out of iron ore in Britain, and they used to get it from the Middle East. It came difficult and they were surely needing it and apparently a geologist had discovered iron ore up where the Sullom mine is. Where the quarry is now, that was started as a mine. And they put a number of Canadian soldiers to do the hard work of starting this mine. And you know where Johnnie Mann’s loch is? Well, they had these great big Nissen huts where the Canadians stayed and there were 4 of them, I think. They were very quiet, polite men, those soldiers. They would say good morning or good afternoon, and I thought a lot of them. And one girl from Gunnister married one, we were at her wedding.

Another time I was over at the school at Sullom, maybe to do with the school at Gunnister as the teacher was also in charge of that. She told me that she lined the children up close to the back wall to keep their faces away from the glass. There were no shelters, nowhere you could shelter, and it was all windows at the front. She said she went in the door and she asked if I’d had a look out and I said no and she watched it all and said it was a sight to remember. The ships were one blaze of fire. They never killed anyone though. (Afterwards a concrete shelter was built in the grounds of the school.)

Charlotte: Apart from the rabbit!

Bertha: That was why they made the song ‘Run Rabbit Run’, as that was the only casualty! They made the song, mocking the Germans you see, as if they couldn’t hit anything other than a rabbit! So that’s a lot of my memories, Charlotte. 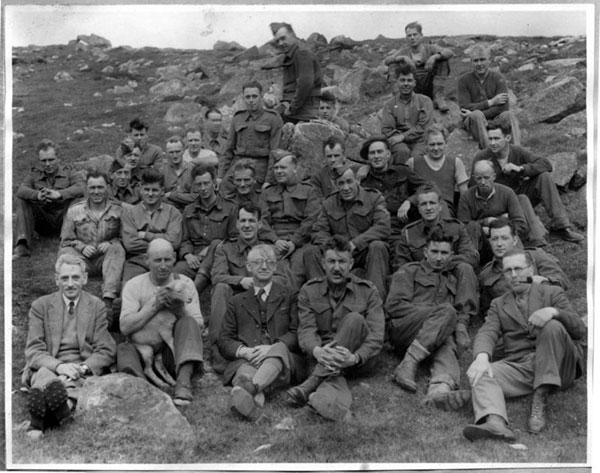 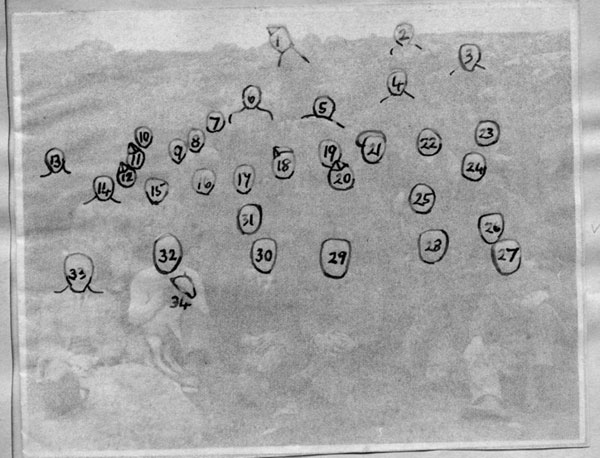 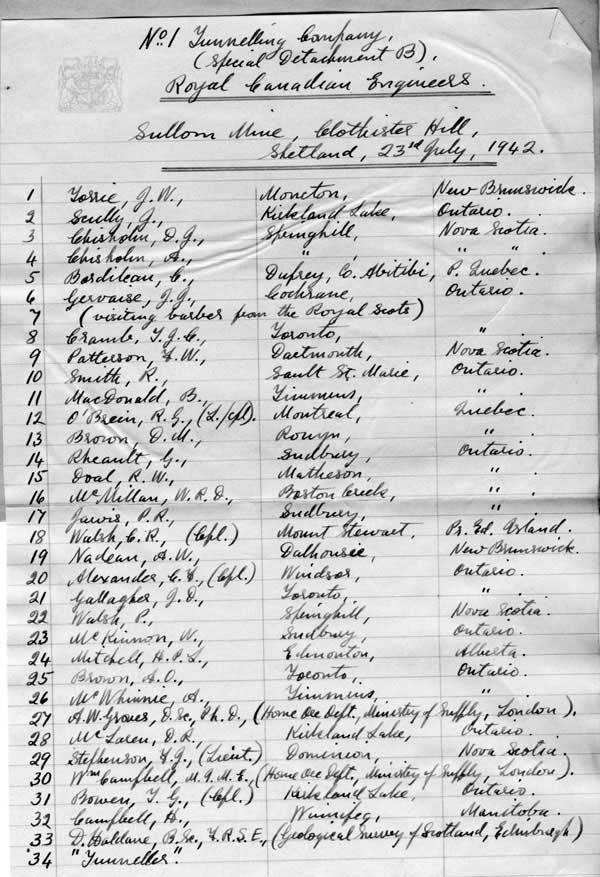 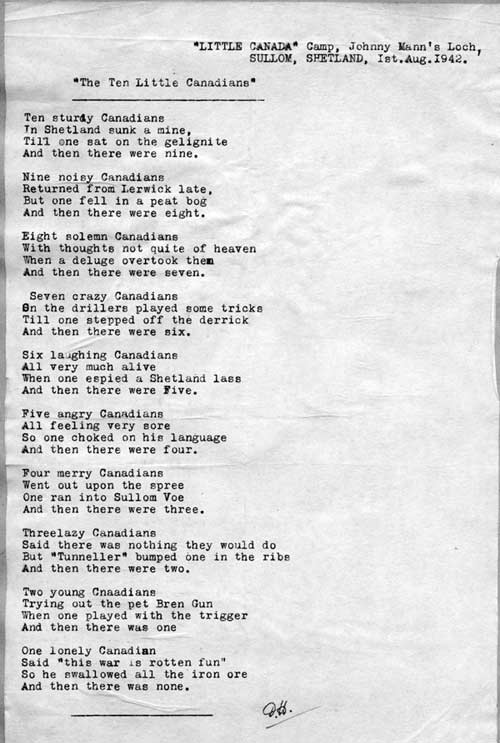 Images © BGS. Many thanks to Allen Fraser for passing them on.